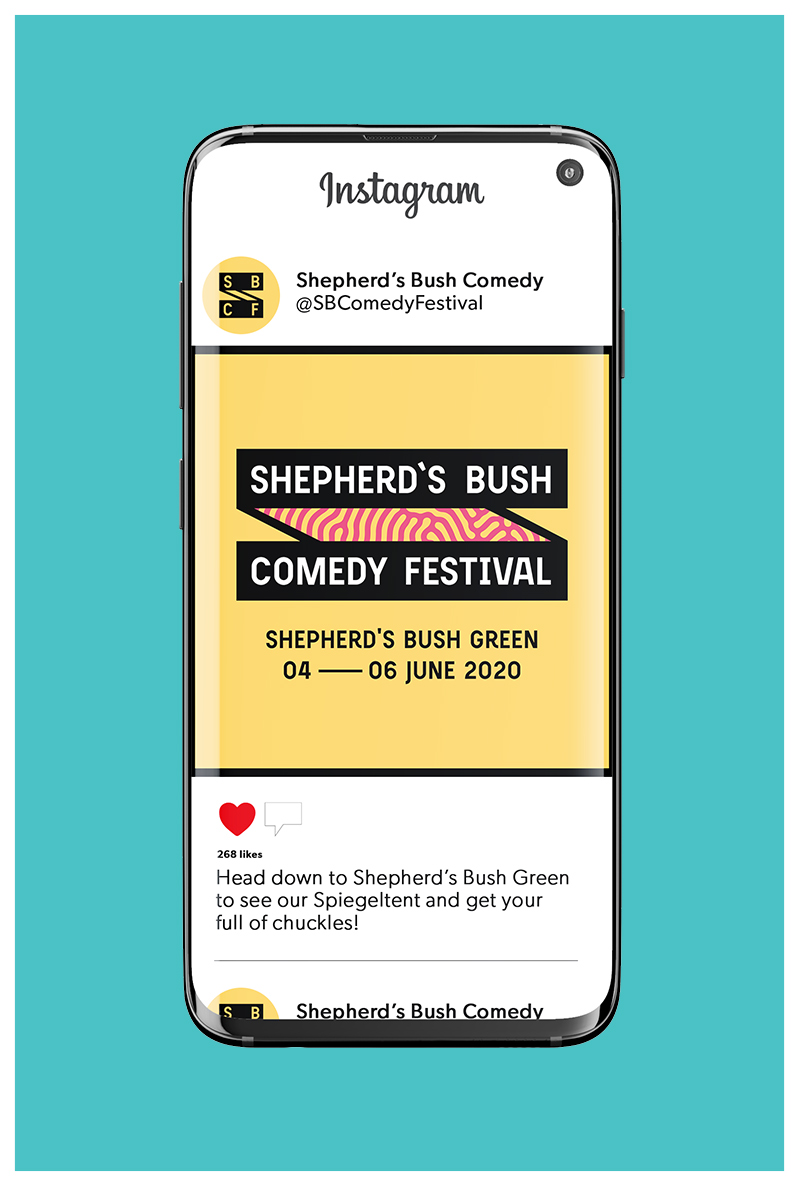 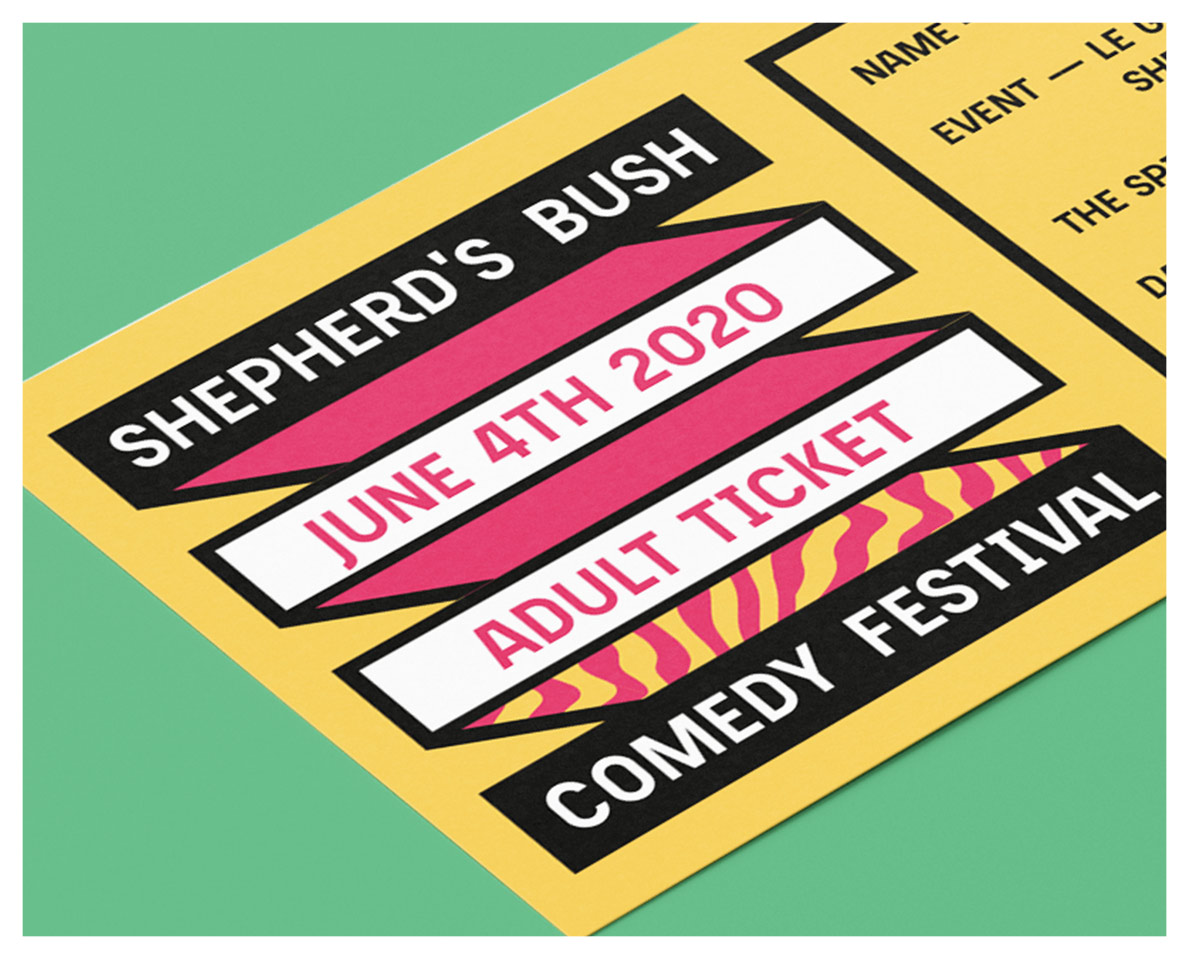 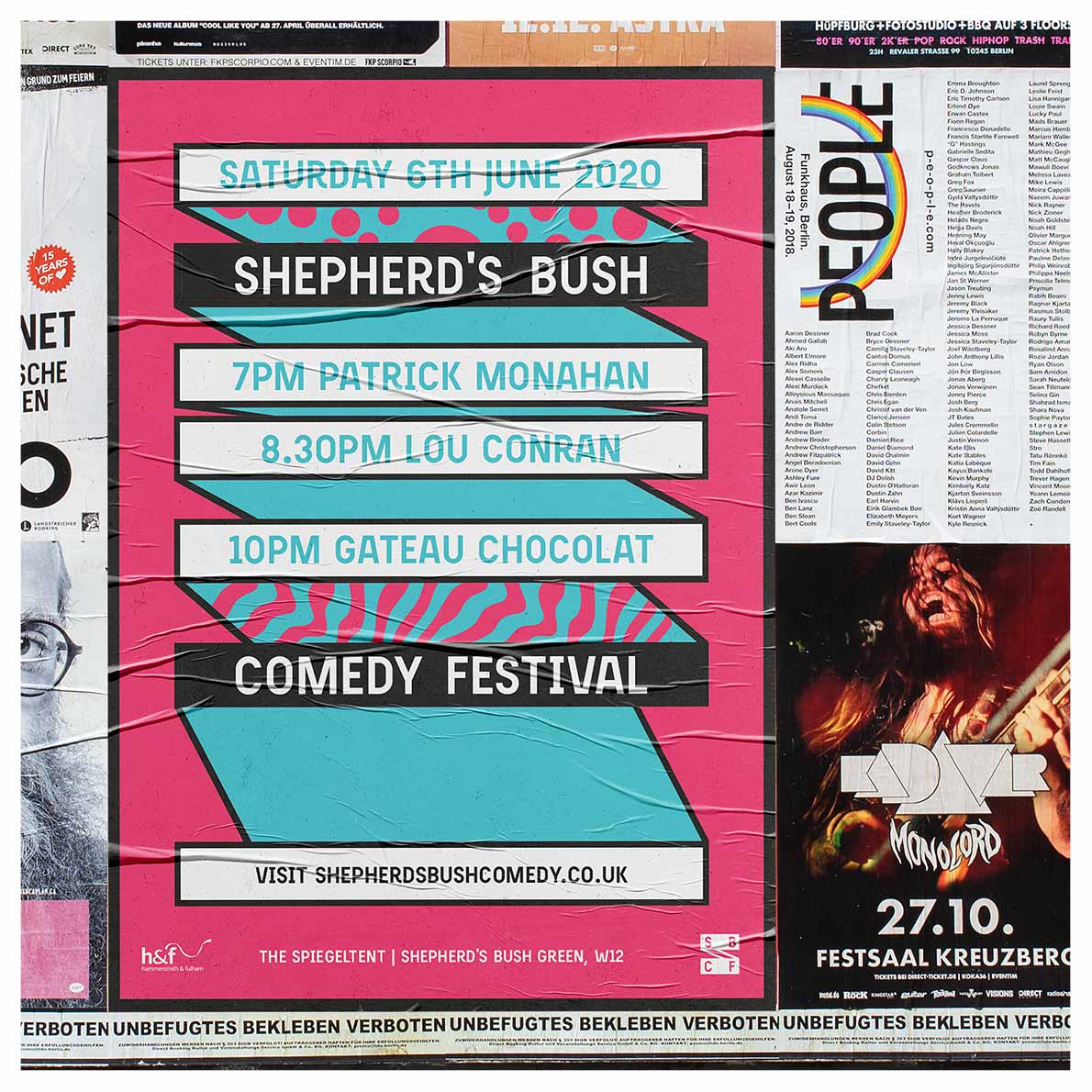 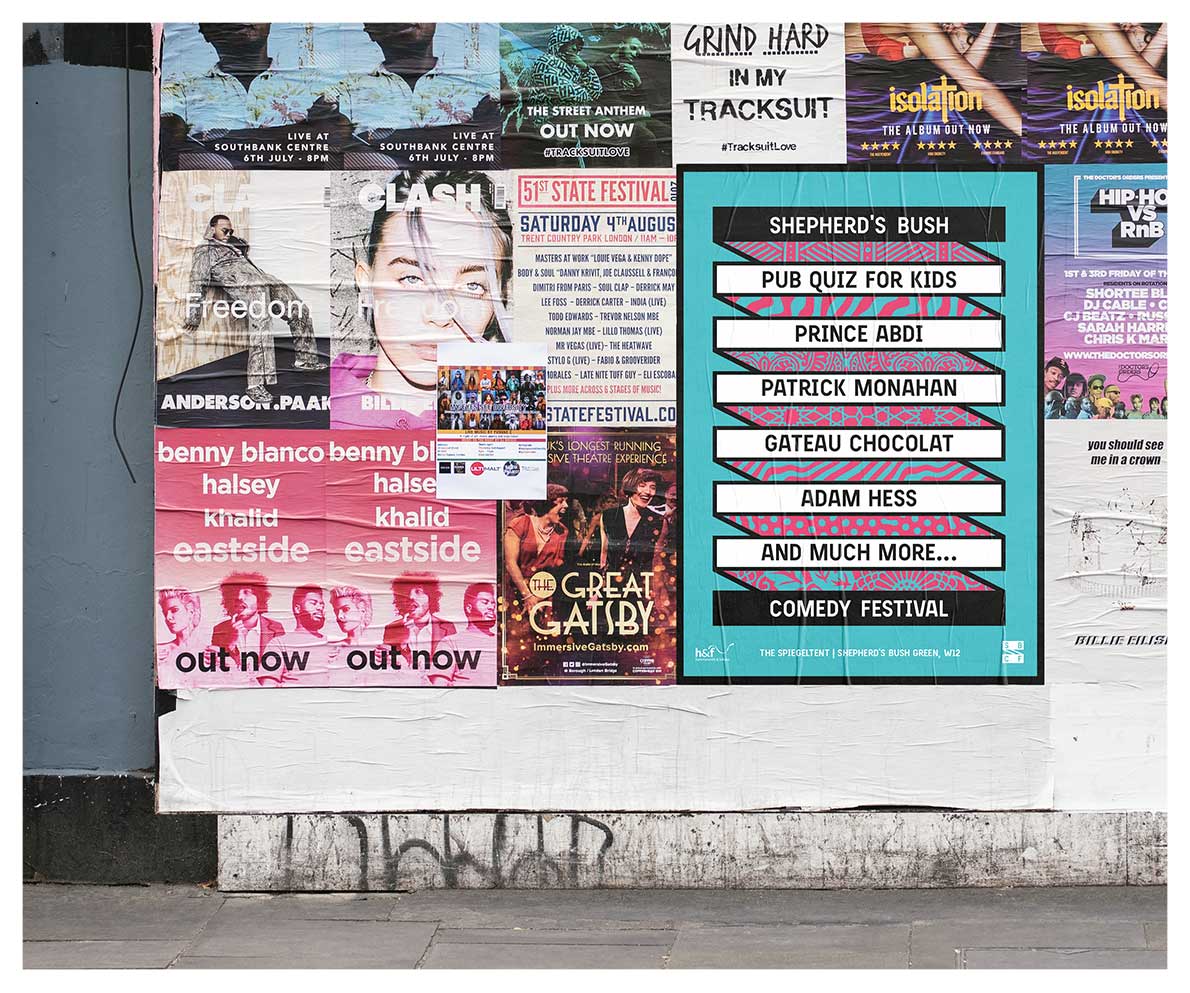 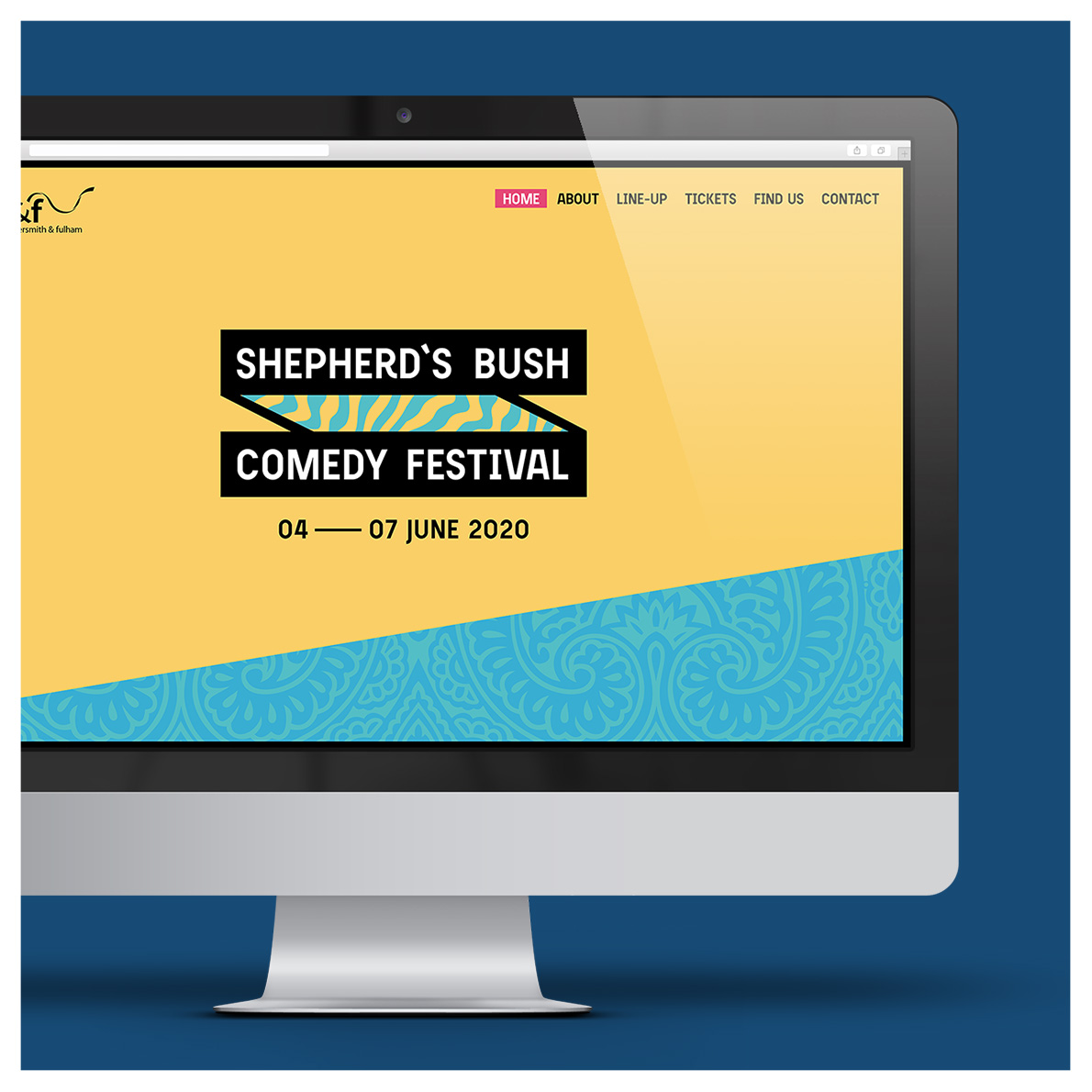 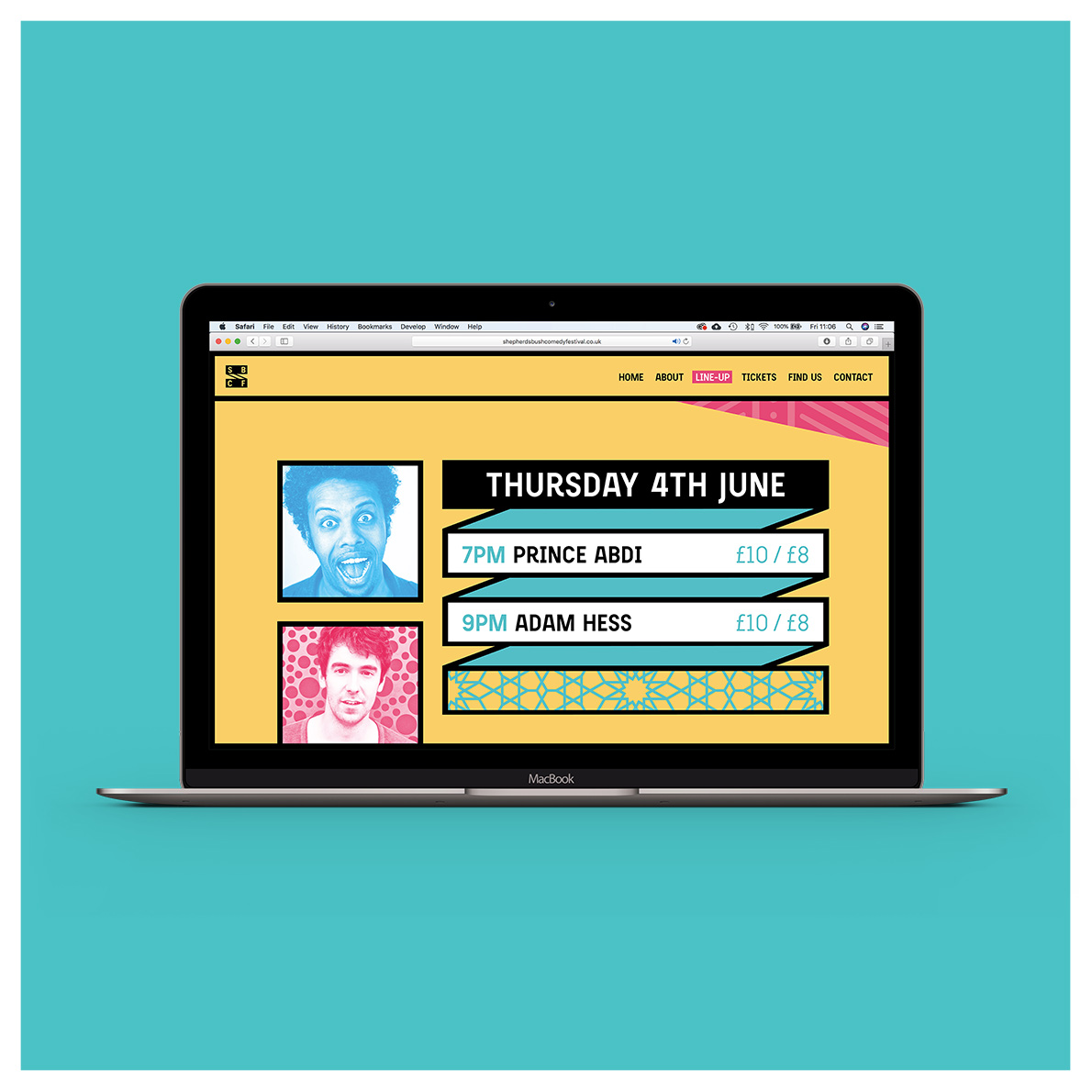 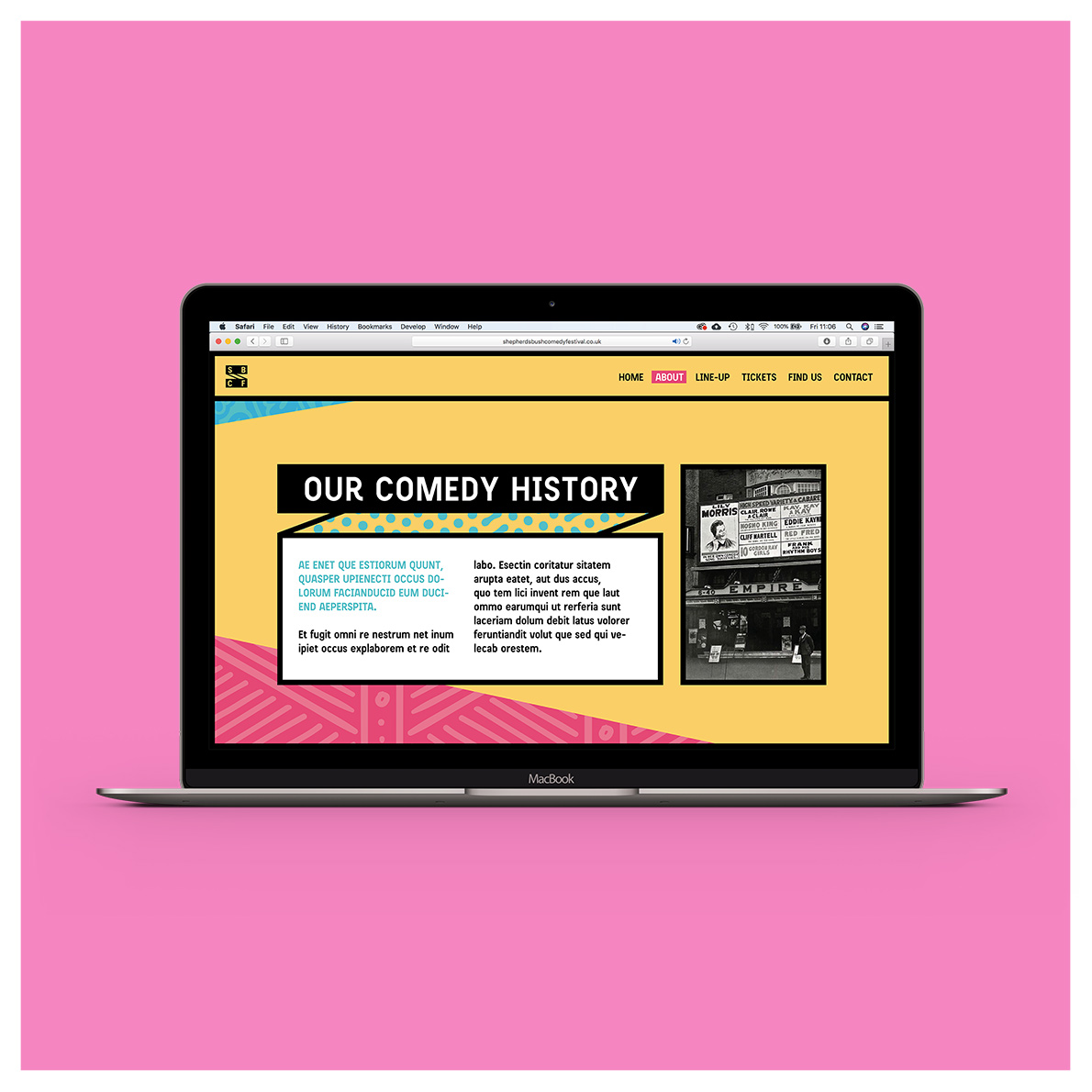 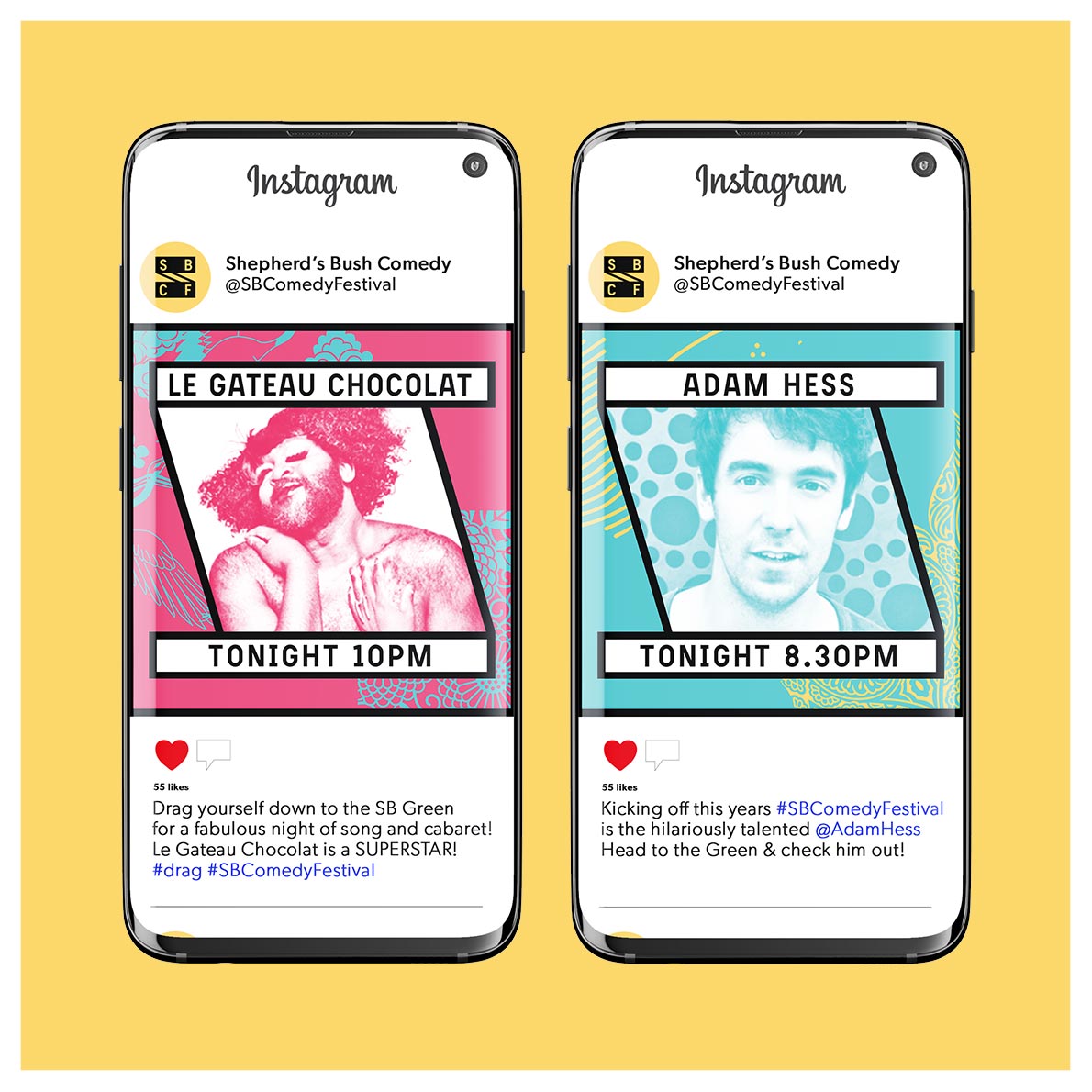 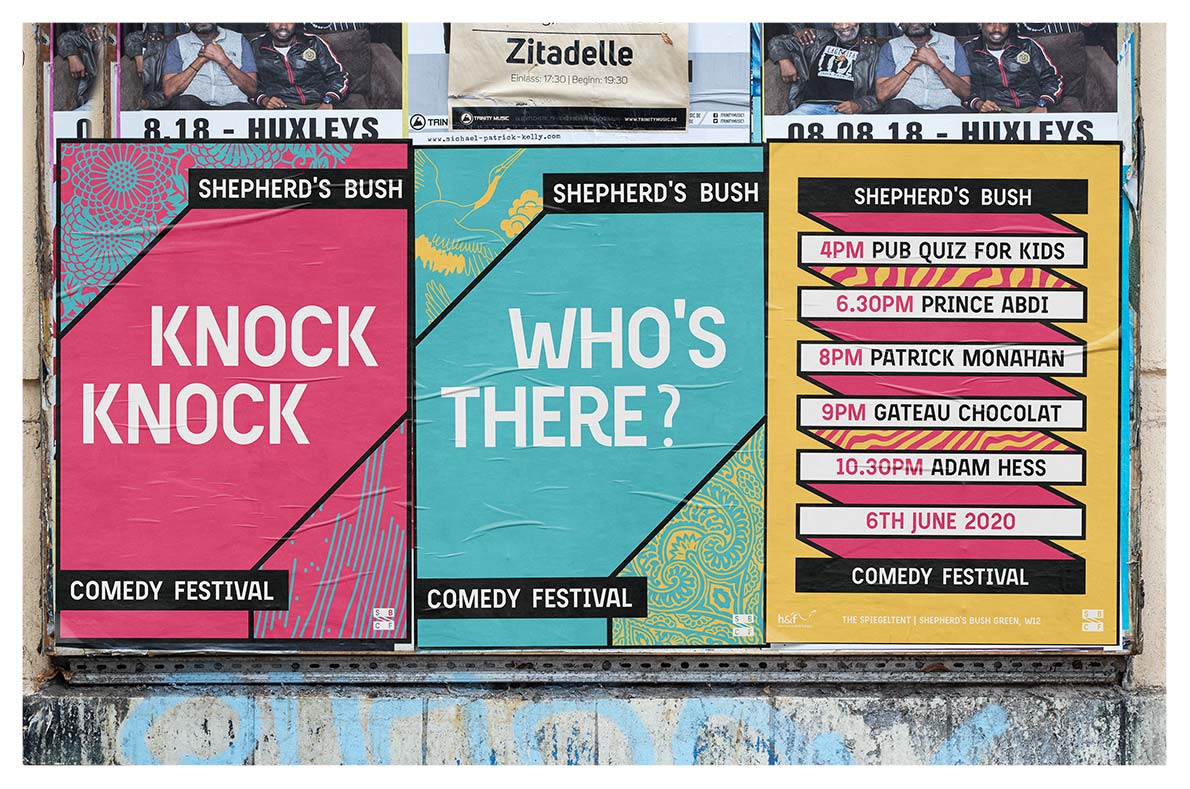 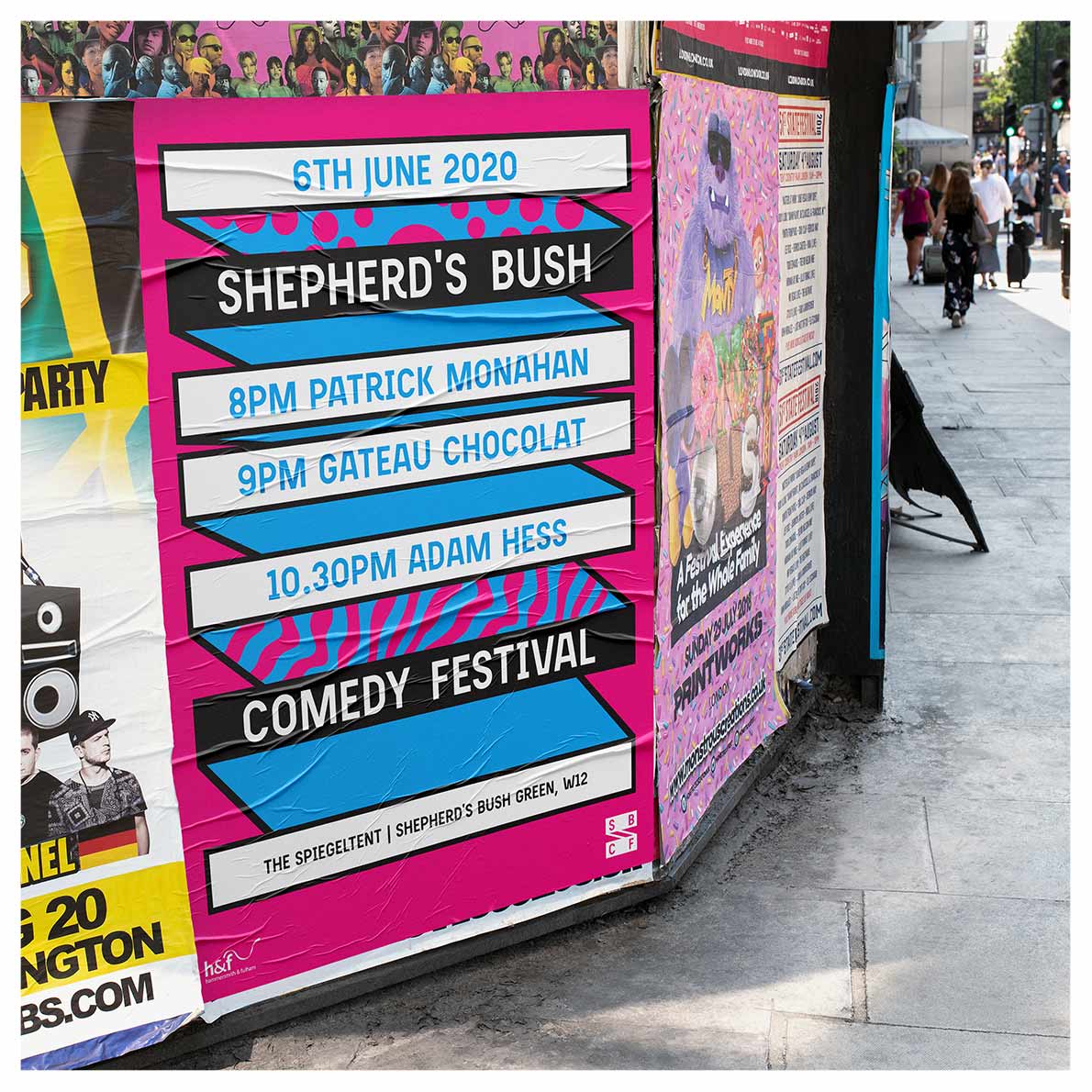 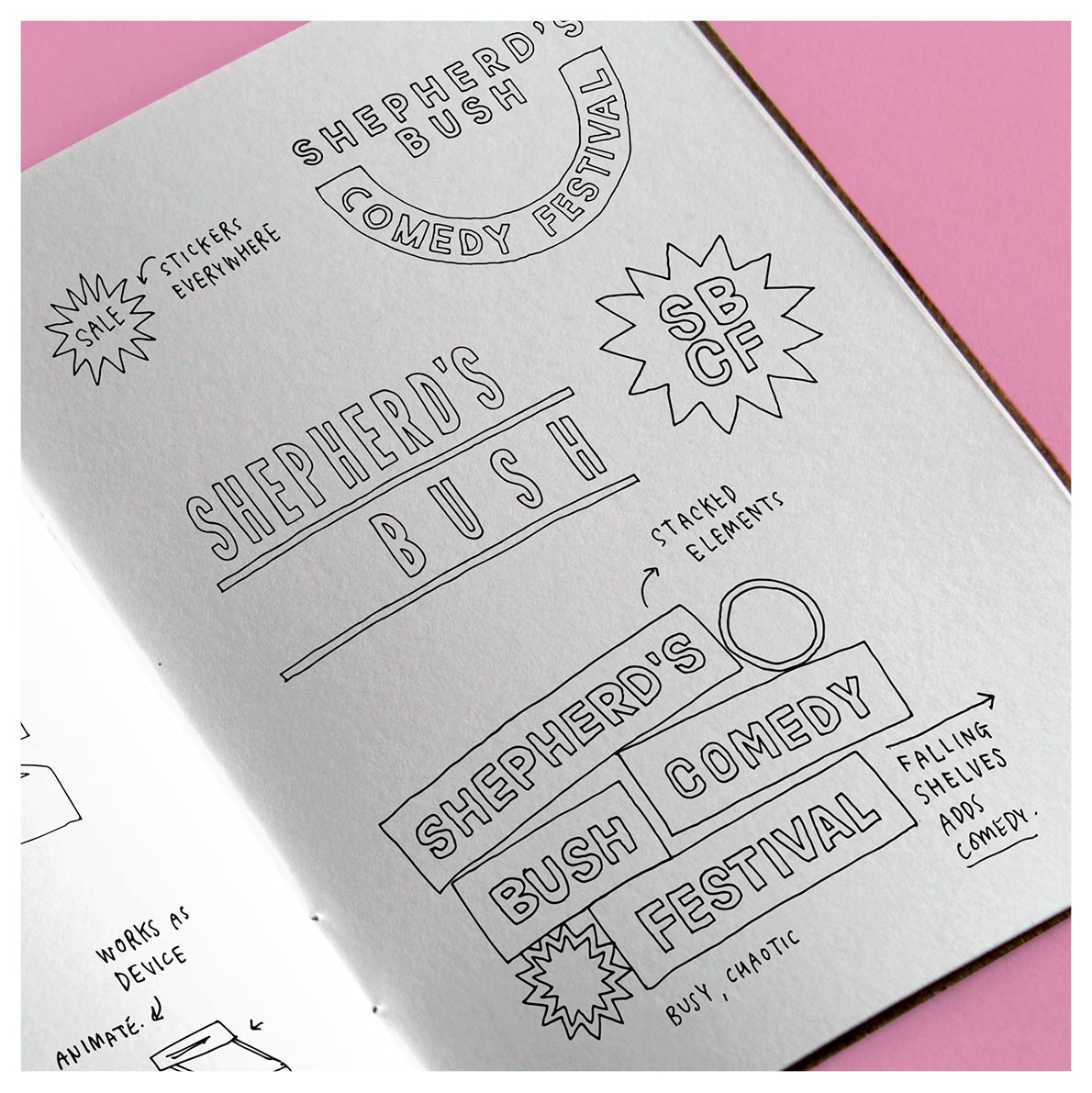 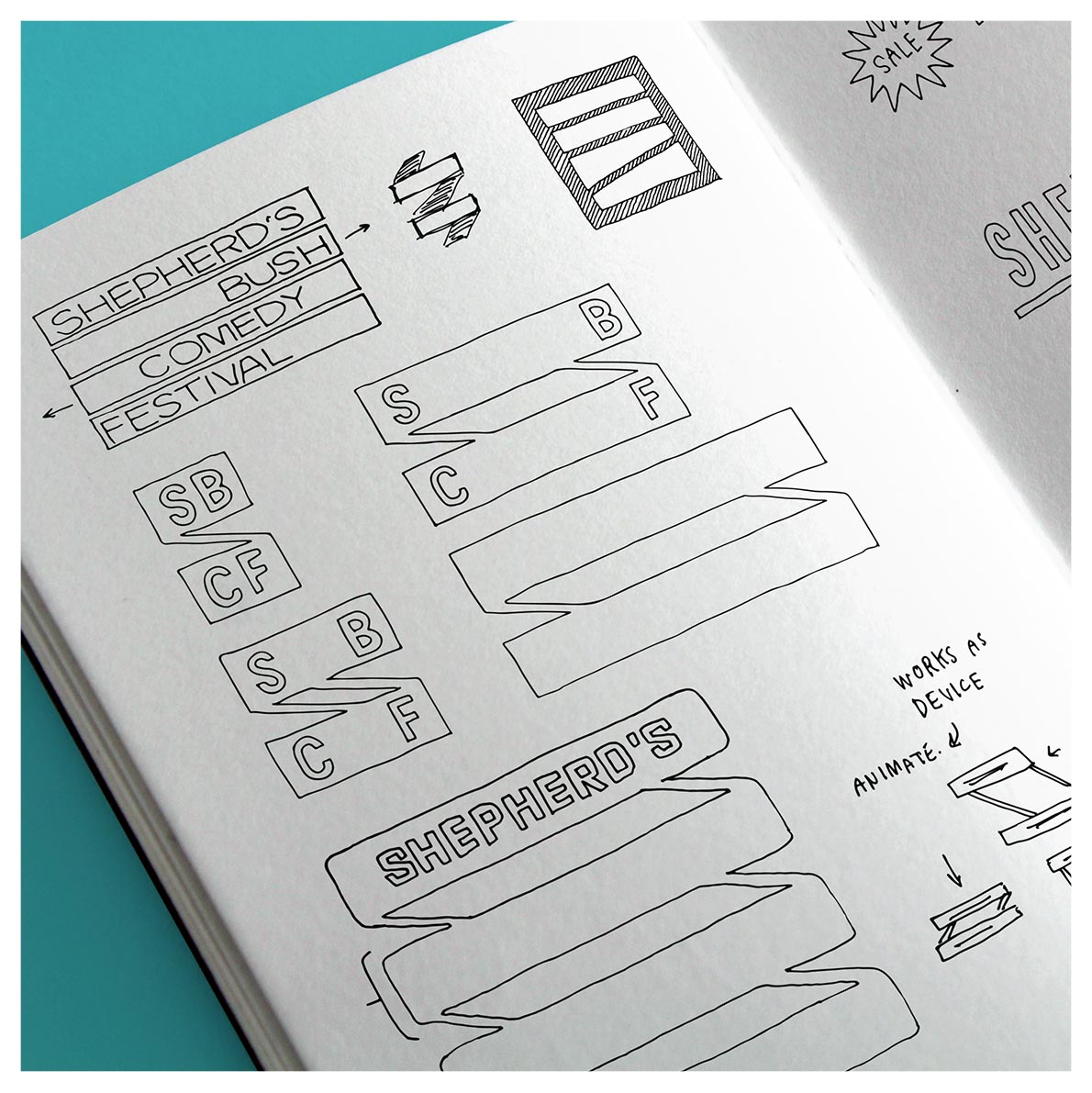 Google Comedy Festival and what you’ll likely find is a plethora of smiling faces and ‘haha’ logos. The idea being that you’ll look at them and go “Hey, I like smiling! This looks right up my street!”. The Shepherd’s Bush Comedy Festival was no different. Aiming to bring more to the festival’s identity, we began exploring the area’s history, diversity and culture and looked closely into what makes up Shepherd’s Bush.

Eventually focusing our attention on the thriving market and the Goldhawk Road, famous as the place to go for fabrics and materials from all cultures and backgrounds. Keeping the identity upbeat and playful, the Shepherd’s Bush Comedy Festival branding celebrates the area’s rich cultural diversity, connects with the location, and is so much more than just a laughing face or a cartoon microphone.

The 2020 festival was postponed due to laughter being contagious or something like that. However, keep your eyes out for this in the future!