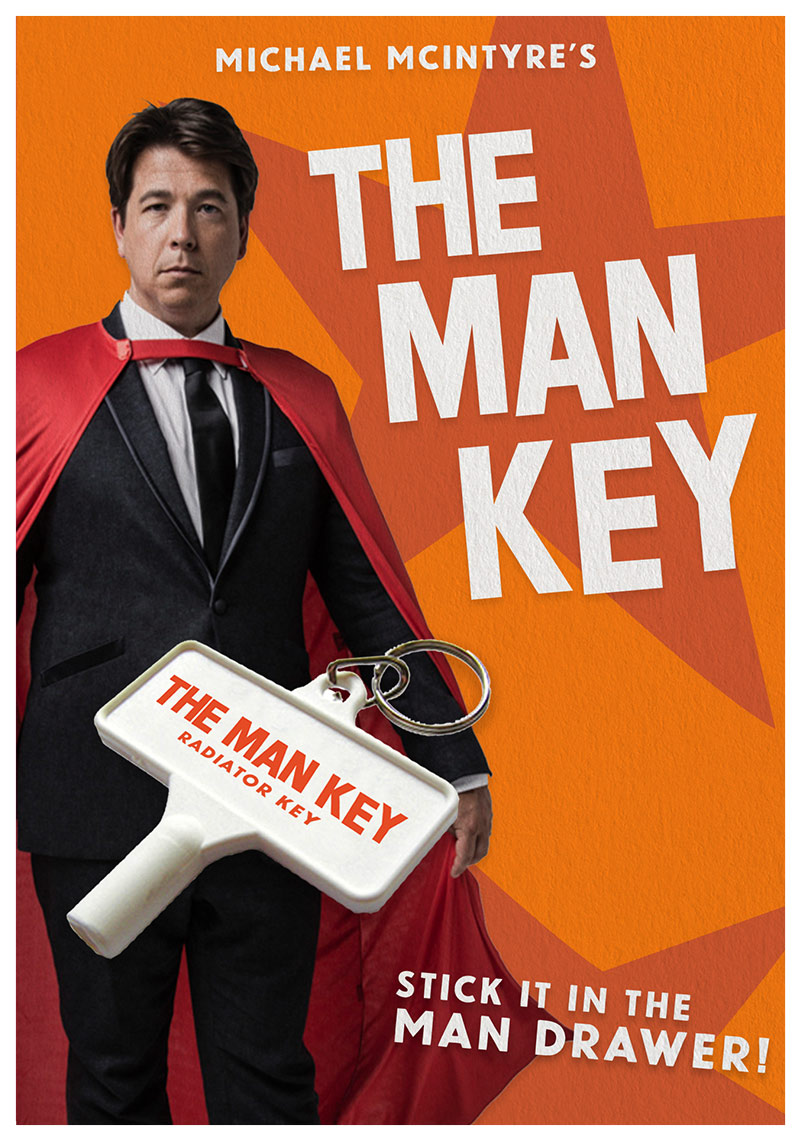 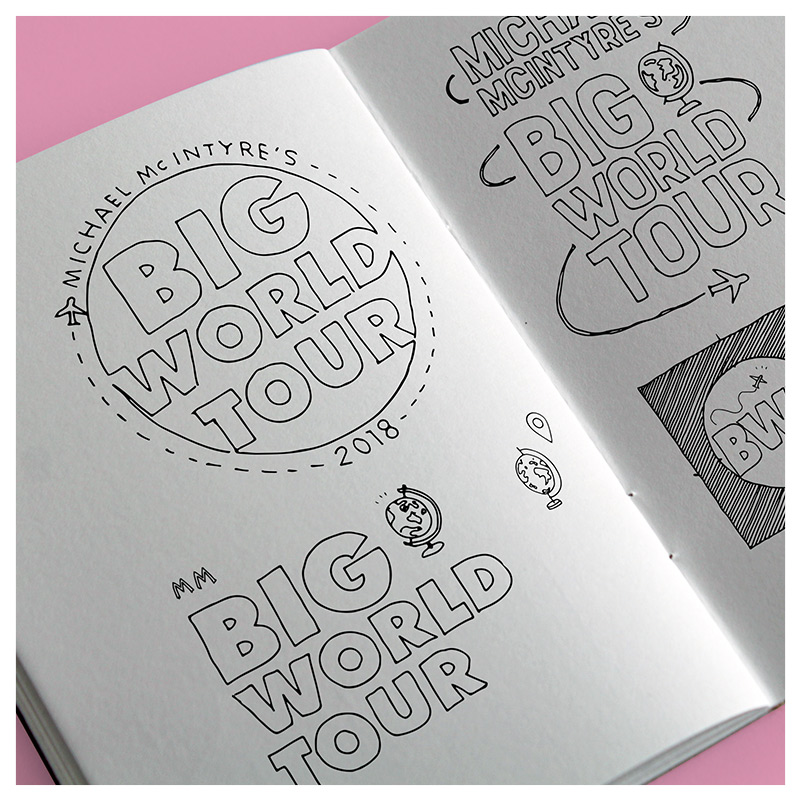 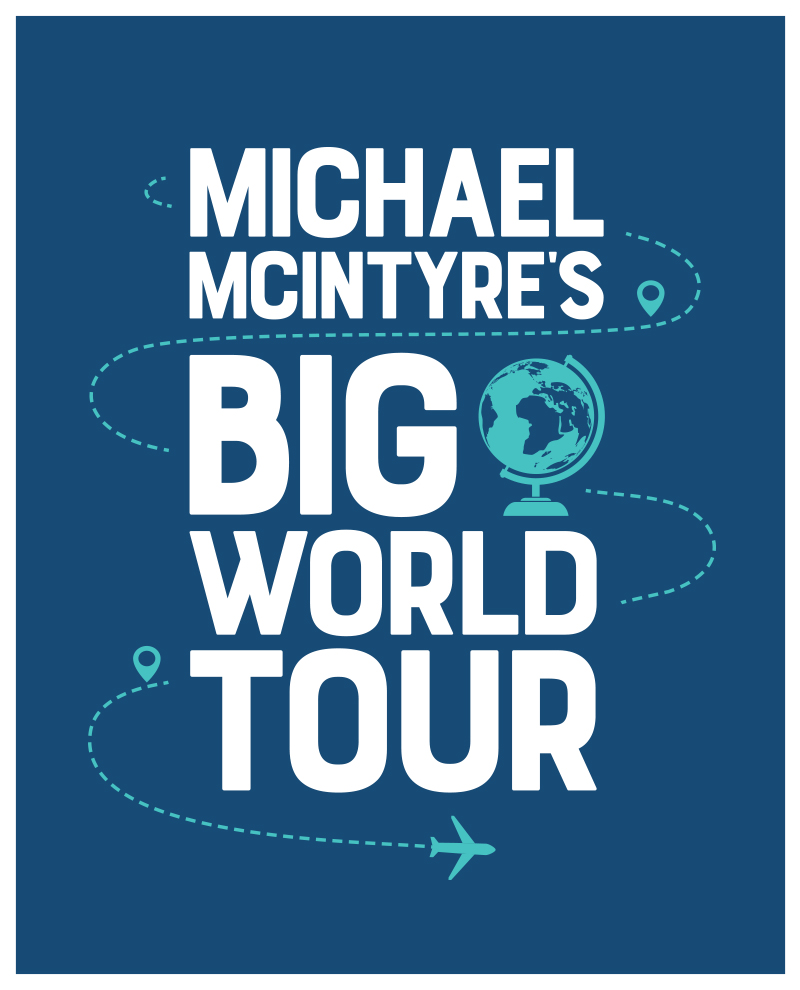 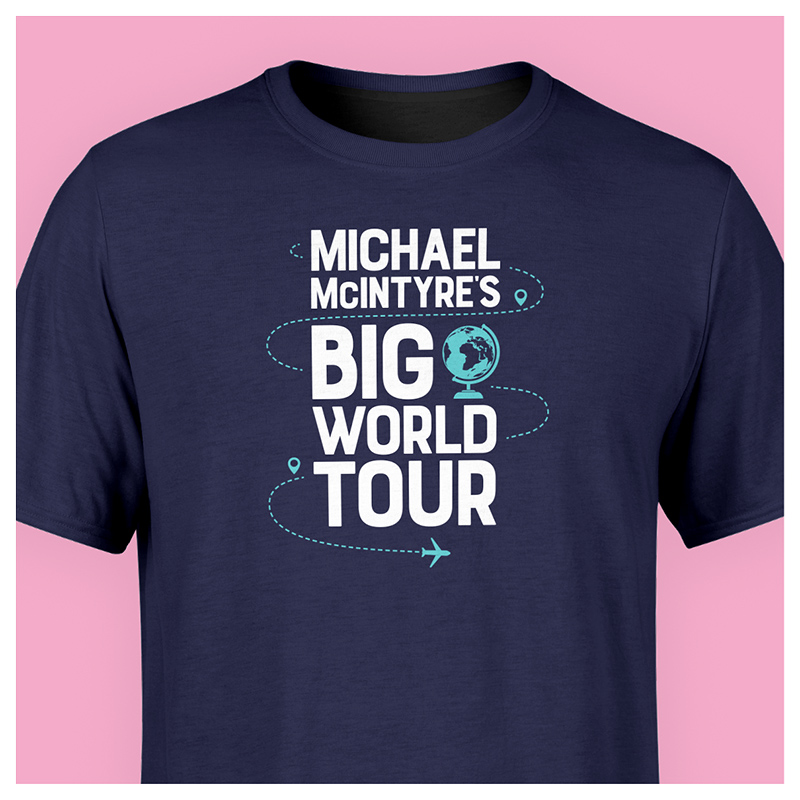 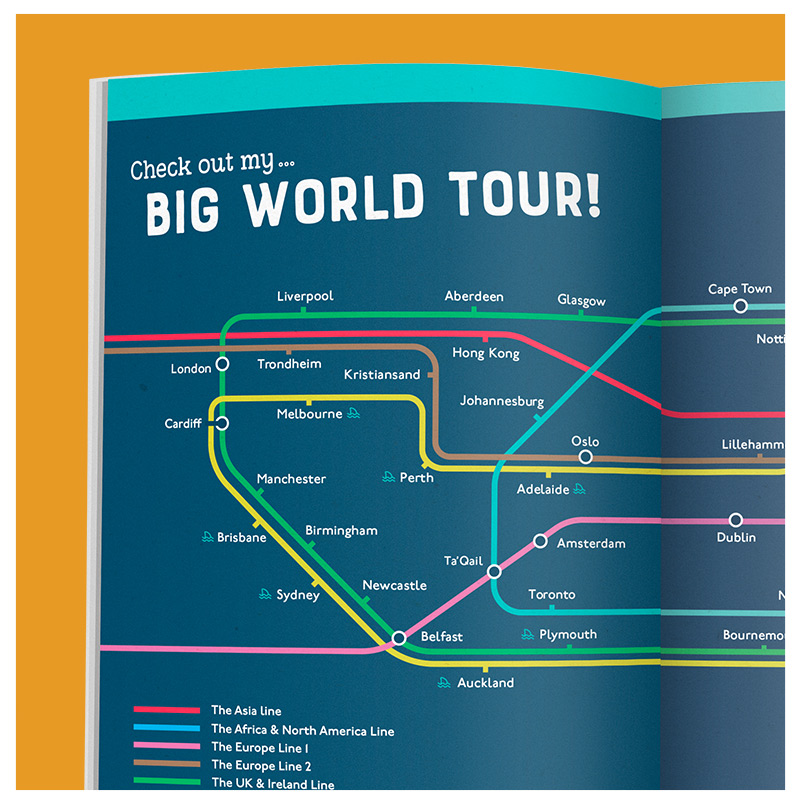 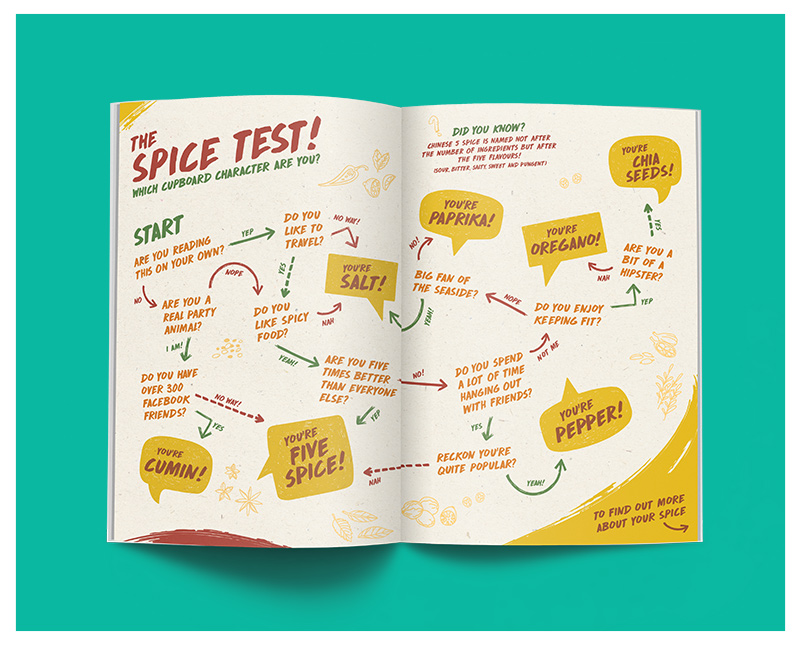 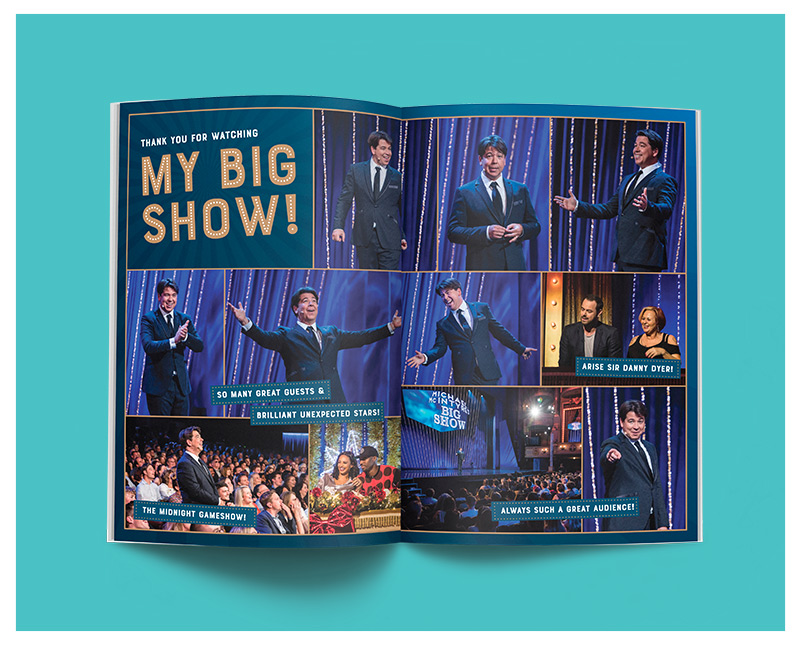 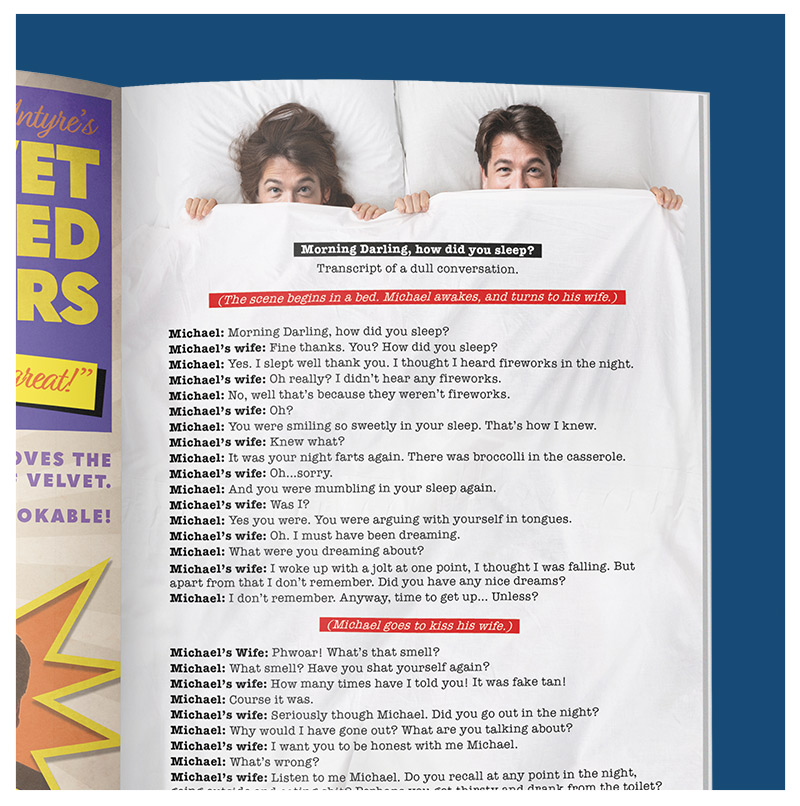 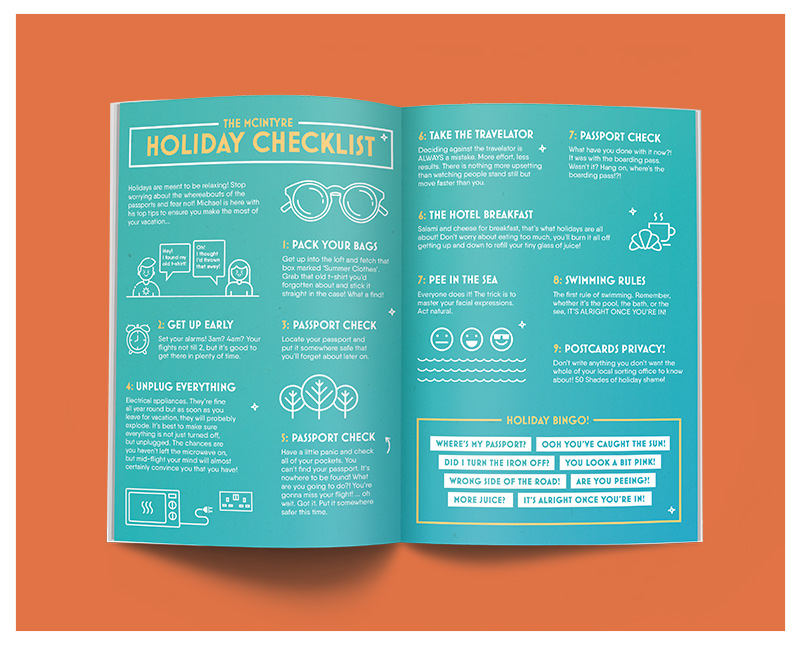 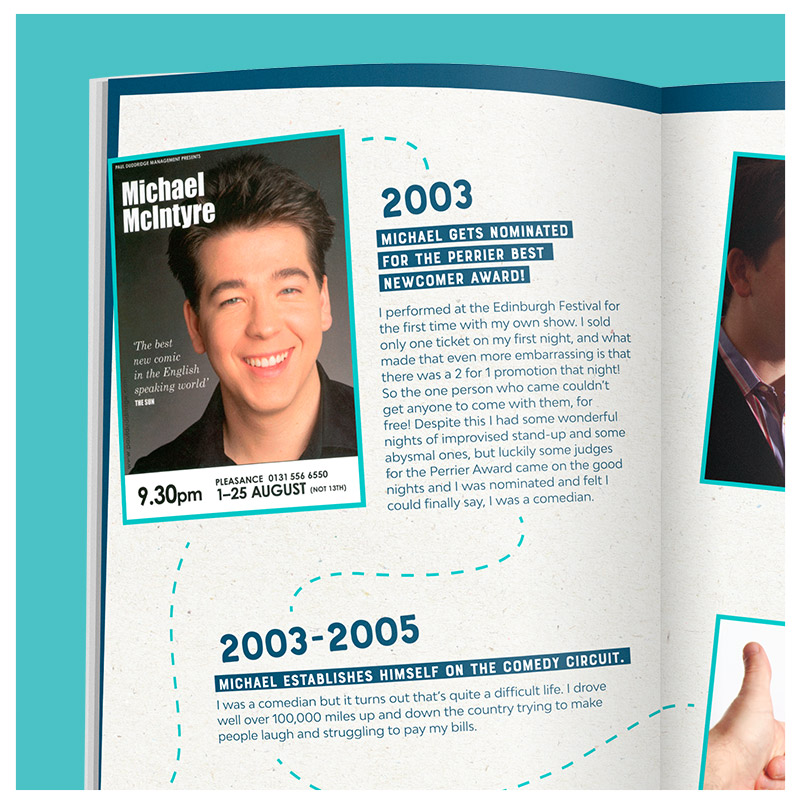 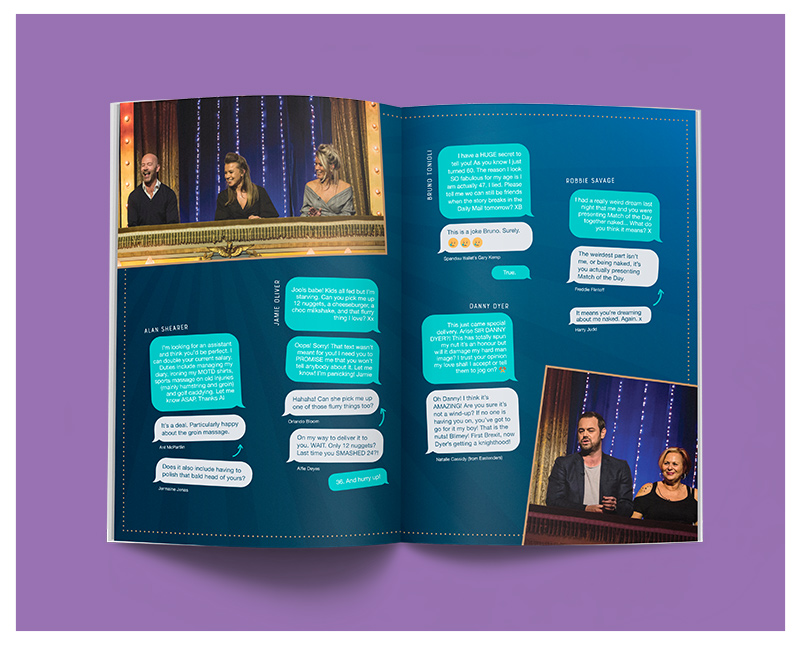 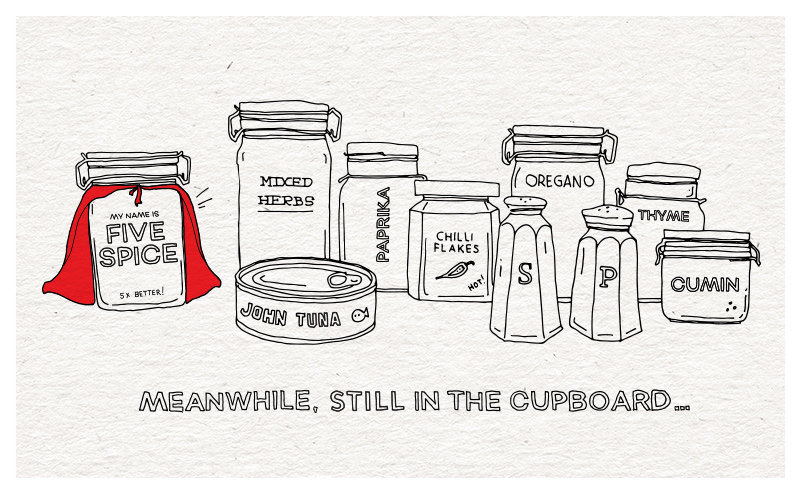 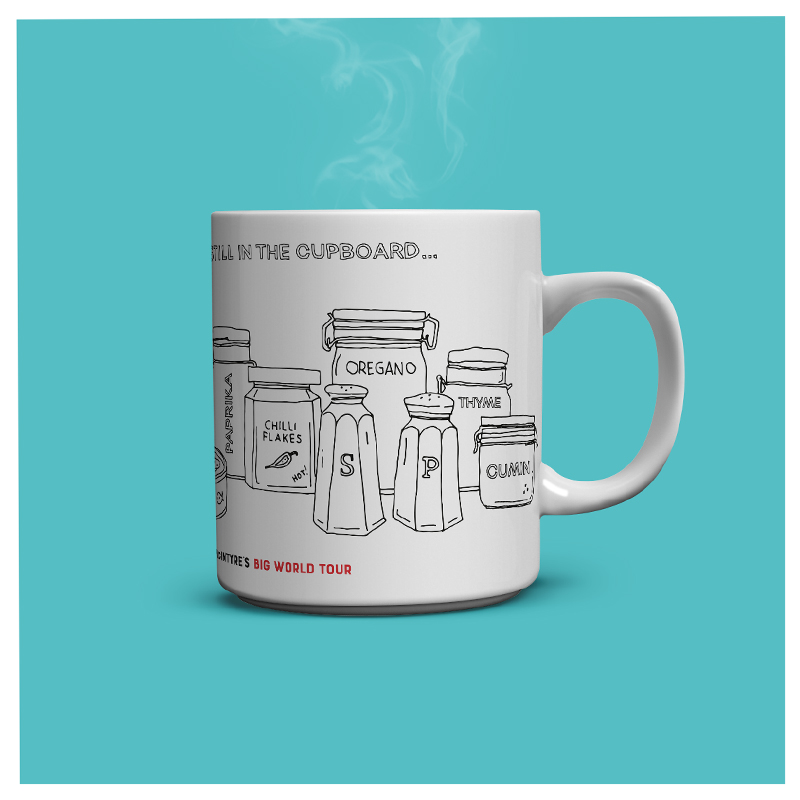 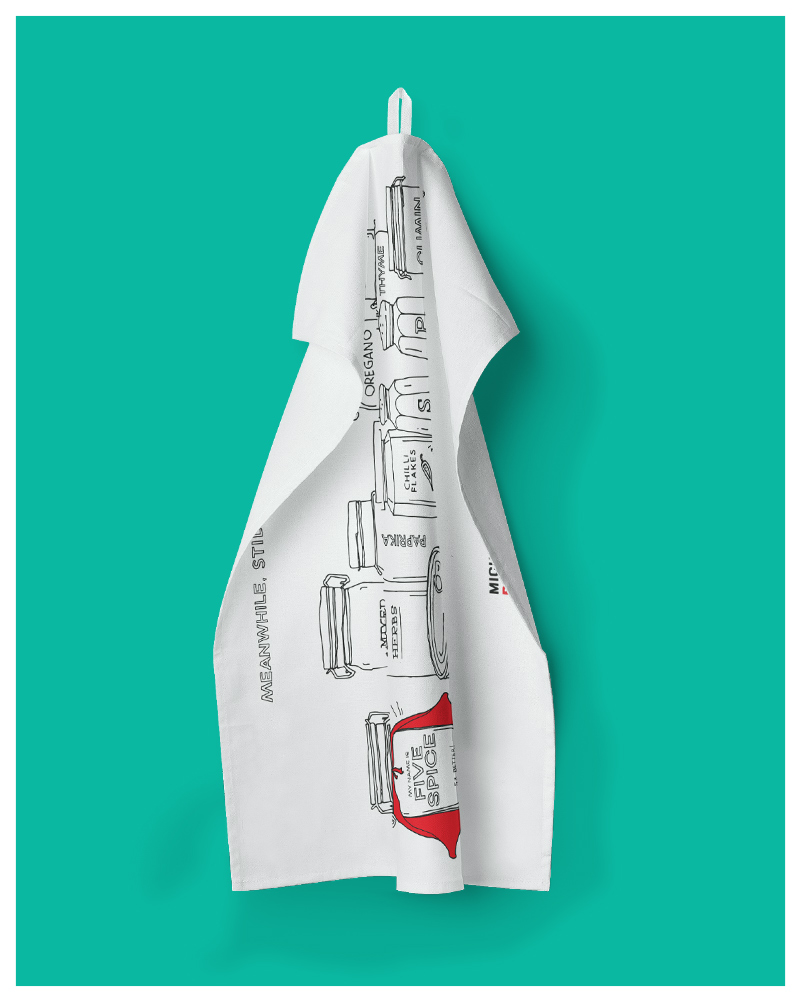 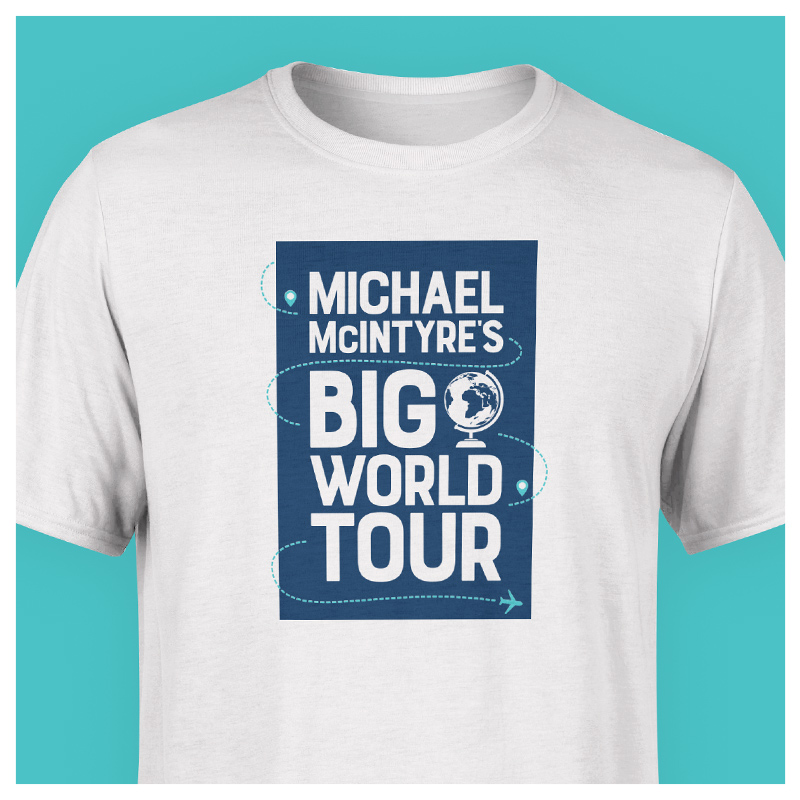 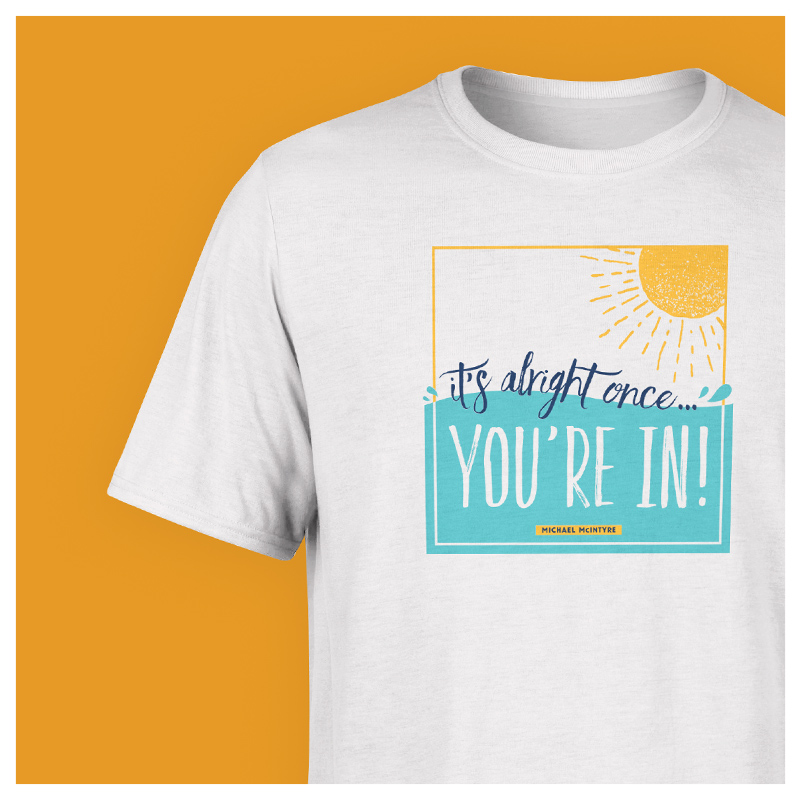 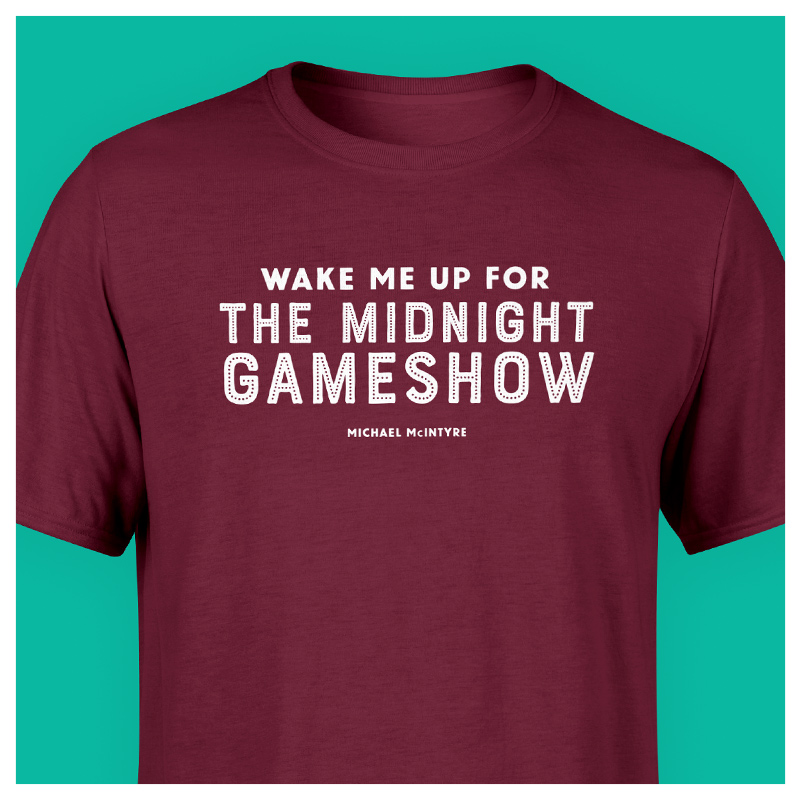 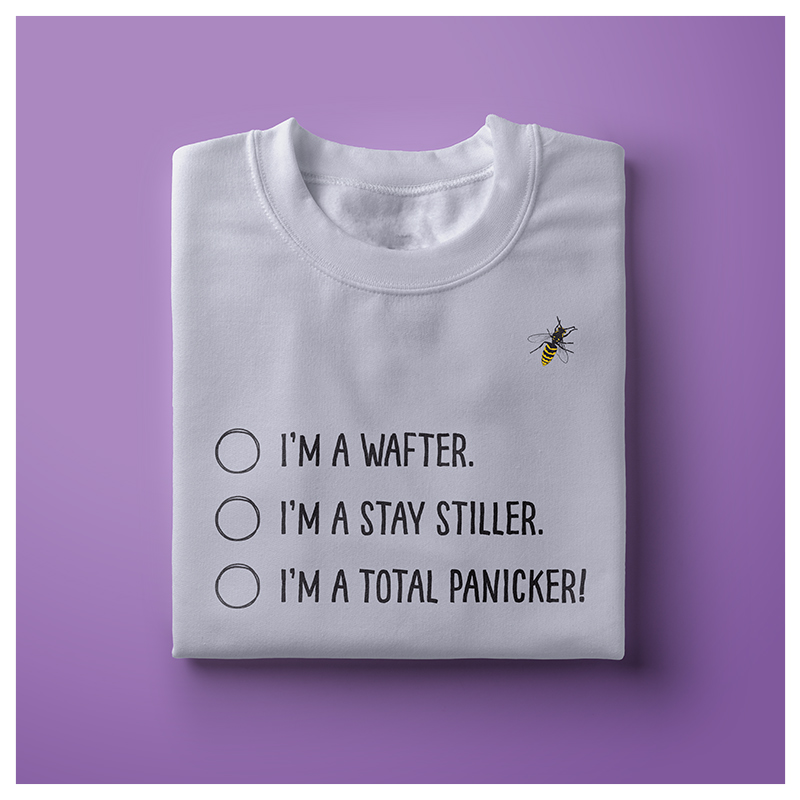 A firm family favourite, we were approached to design a full range of products to accompany Michael’s record breaking tour.

The Big World Tour book featured fun break-out pages inspired by popular McIntyre material. Content included “Which Spice Are You?” , “The Geordie Aye Test” and “The McIntyre Holiday Checklist” alongside an interview and content based on Michael McIntyre’s Big Show (BBC).

After bouncing ideas around the studio, the merchandise quickly evolved into products such as a “Drunk Phrases” game and a McIntyre radiator key alongside a Five Spice illustration and our tour branded designs.

We also produced a series of animations to be projected onto arena screens within the venues, and large displays designed inline with the tour which proved popular selfie spots for McIntyre’s fans!