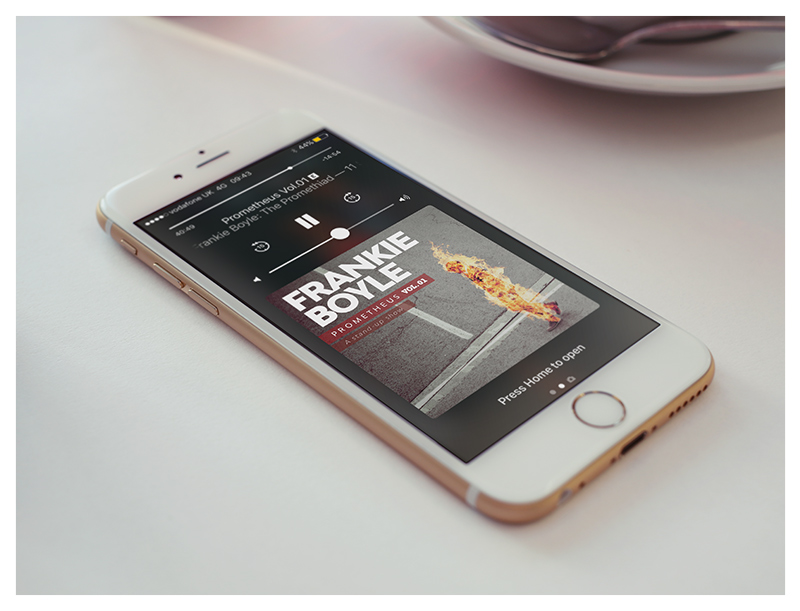 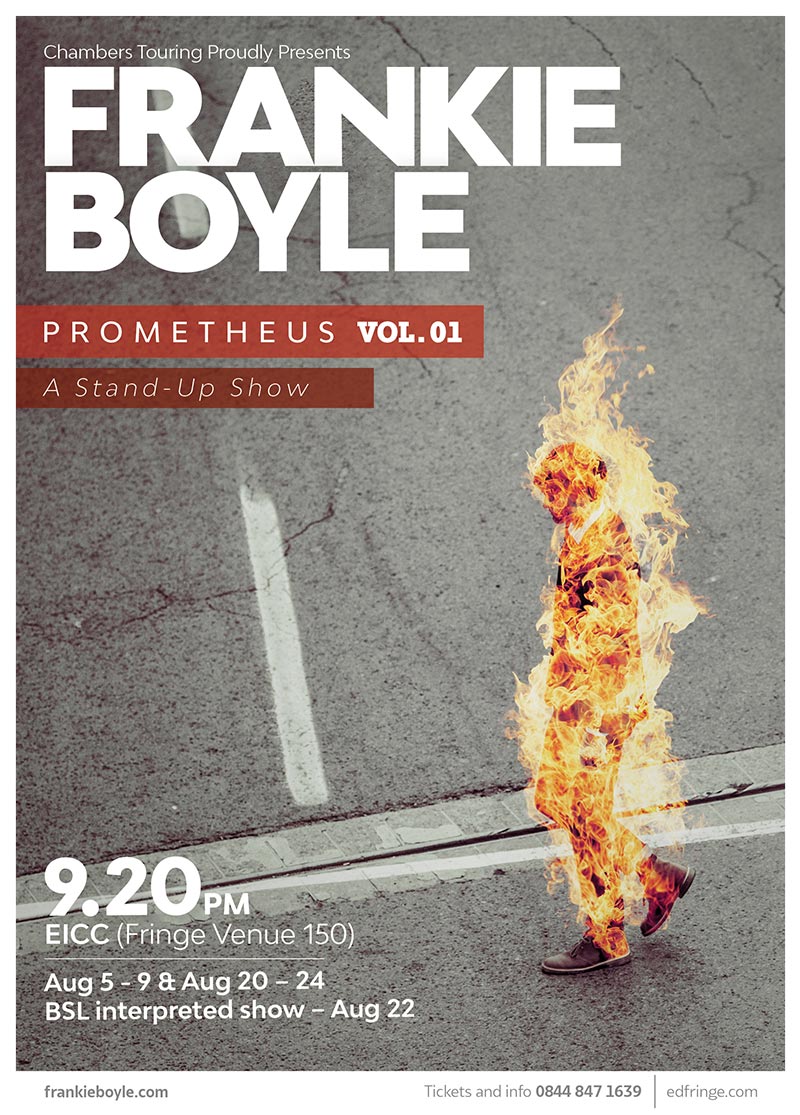 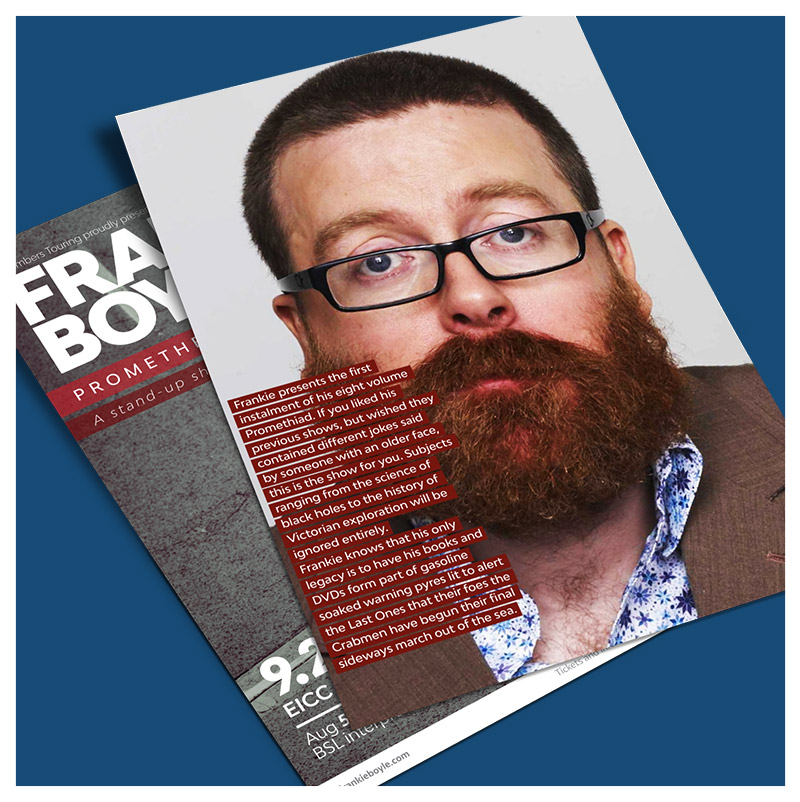 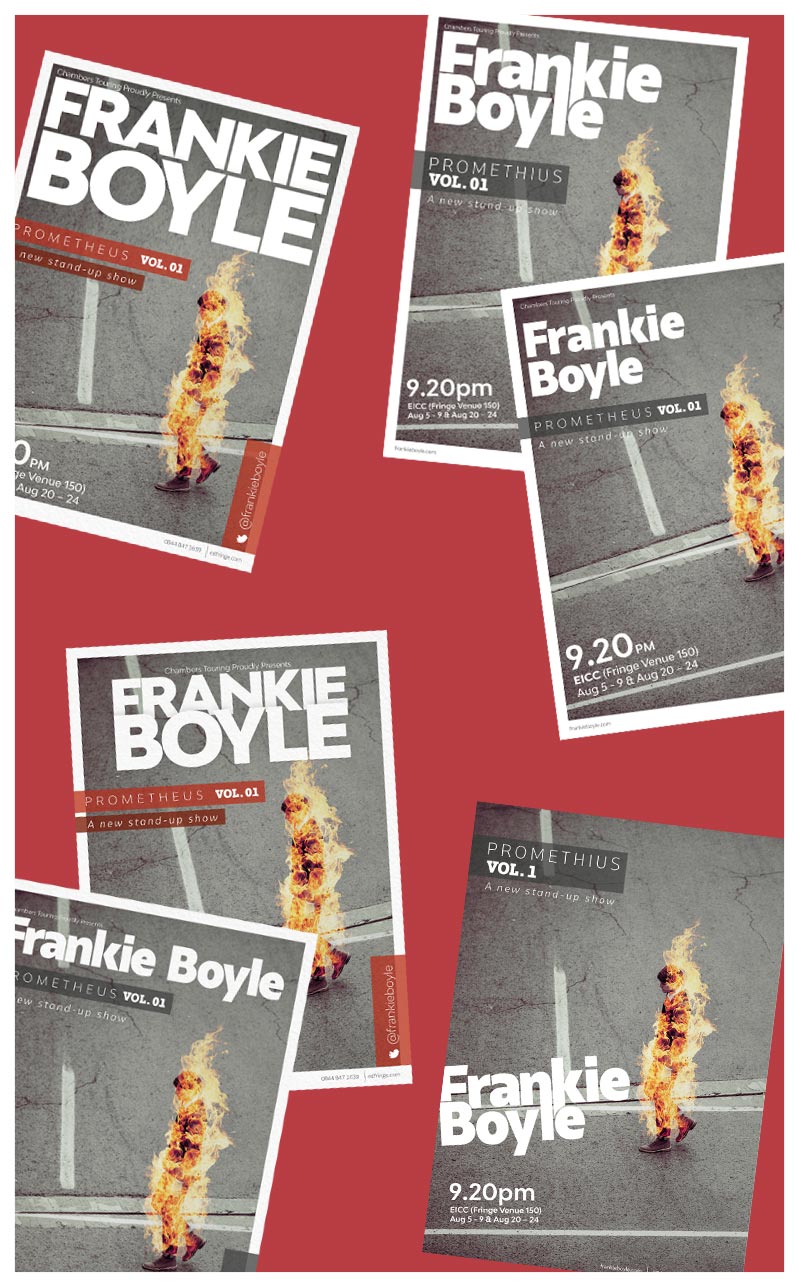 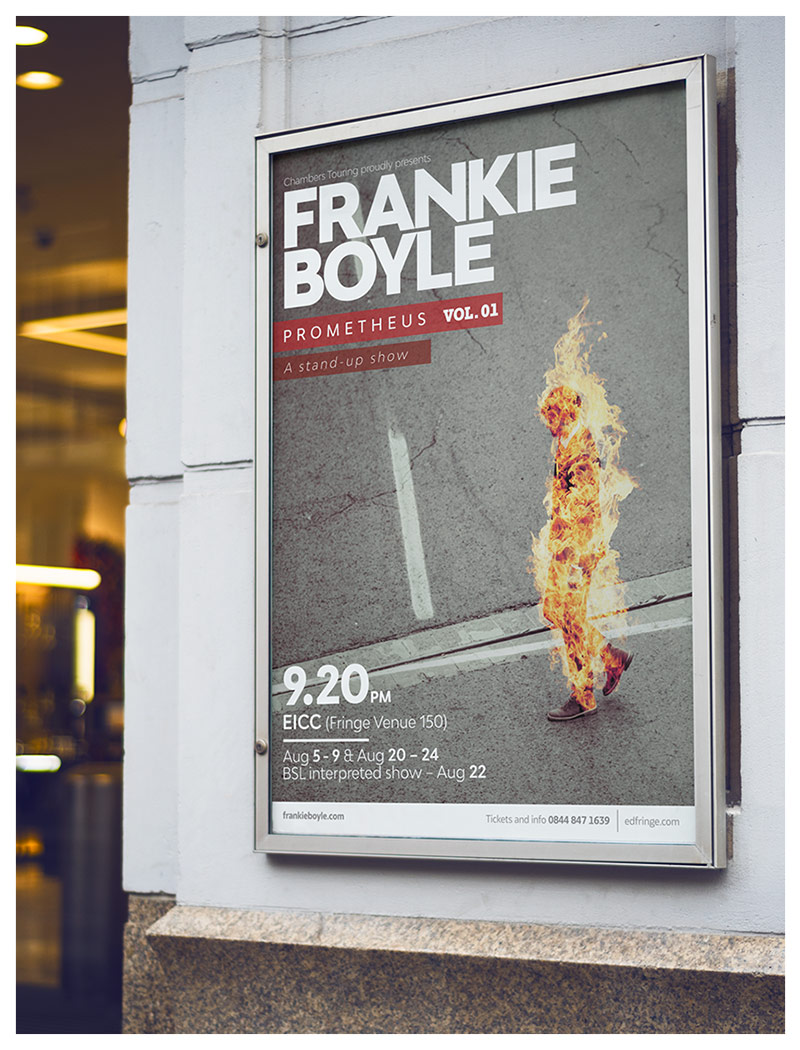 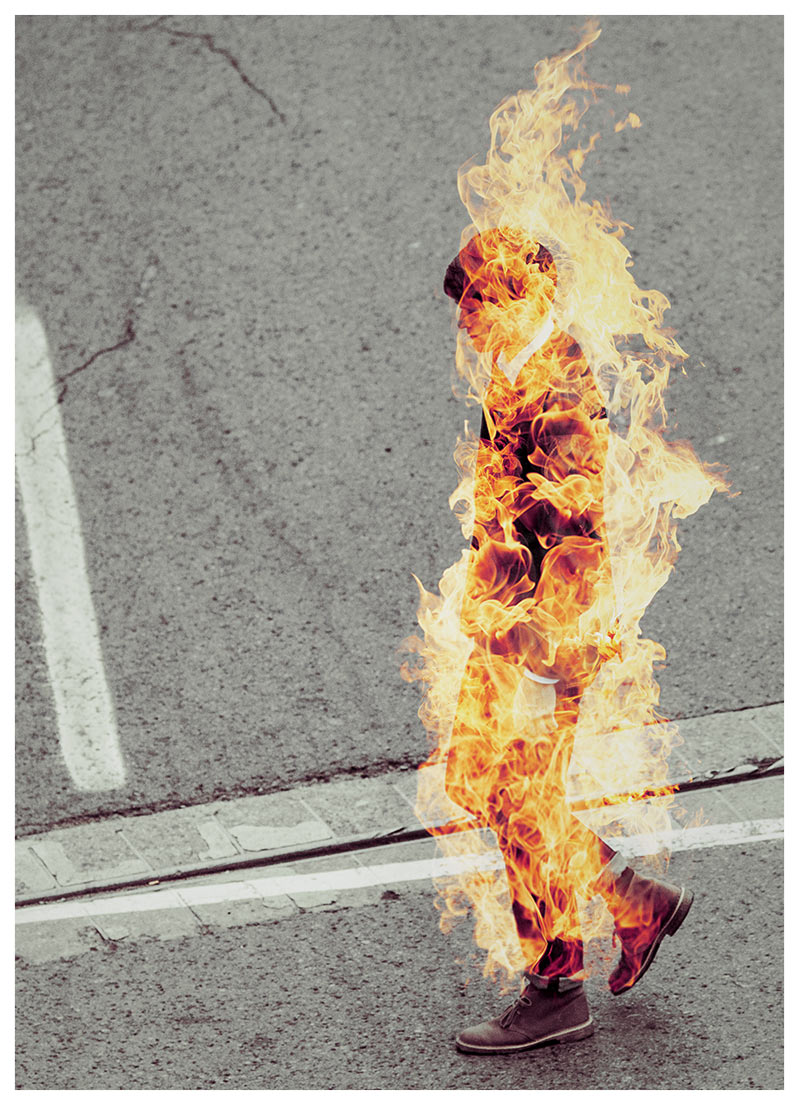 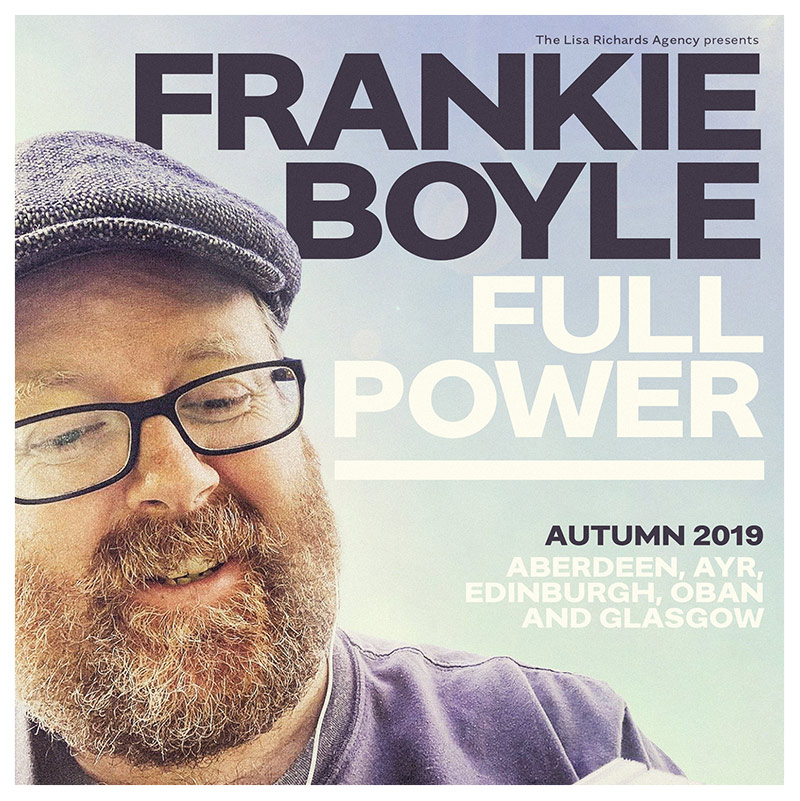 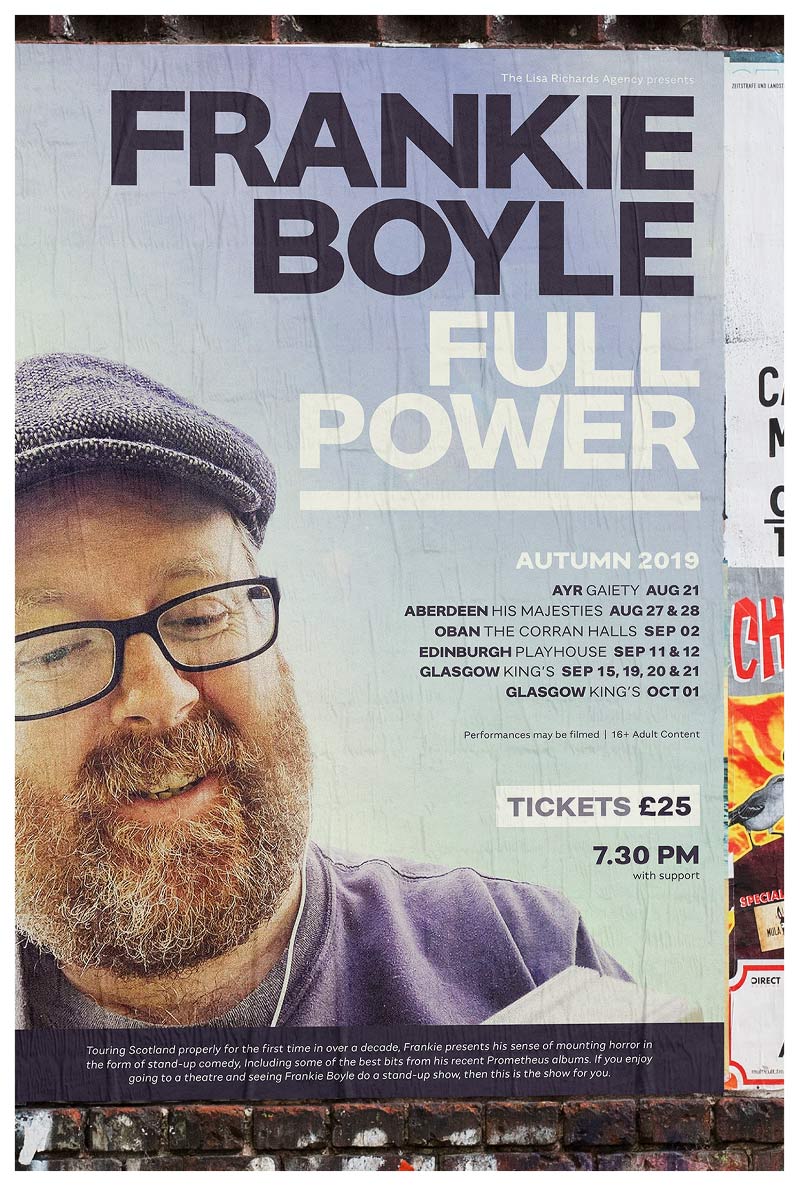 We were tasked with producing an identity for Frankie Boyle’s hit Prometheus podcast series and accompanying Edinburgh stand up show Prometheus Vol. 01. Frankie had a good idea about what wanted, all we had to do was bring it to life!

Taking the unusual decision not to include his photo, the poster worked on the principle that his name was bigger than his beard and therefore immediately stood out on the Edinburgh streets. We wanted something which would not need to be adapted when used across other platforms, and Frankie’s ideas worked with this to produce a bold and fiery final design.

Since Prometheus we have again worked with Frankie on the design of his autumn 2019 Full Power Tour.